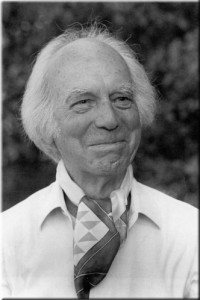 Musicologist and doctor, Jean Klein was born in Brno in 1916. He arrived in France in 1933, worked for the French Resistance, then spent three years studying yoga in India. From what we know it was the teachings of Sri Atmananda Krishna Menon that had the most influence on him, leading him to a profound self-realisation some time during the 1950’s. He became one of the most eloquent communicators of the teachings of non-duality the West has ever been fortunate enough to have, and thanks to Non Duality Press most of these are now available again, and in English!

The Book of Listening is the first of these I’m going to review here. ‘Listening’ was originally produced by the Jean Klein Foundation in single volumes (ten volumes in total) over a six year period from 1989 – 1995 and is now recreated here as a paperback. It reads an extraordinary medley of interviews, quotations, discourses on specific themes, and extracts from specific poems enjoyed by Jean Klein himself.

Q: You speak very often of an insight or glimpse. What is the nature of it and how does it manifest?

Jean Klein: Imagine that you live in a dark room and are more or less accustomed to the dark, then one day you suddenly see a crack through which the light comes. The light represents the insight; it is a glimpse of reality in the context of being understanding. It is truth…. In the same way when you understand clearly that an object can only be explained by referring to another object, but that all objects find their meaning in the light of consciousness, you will no longer be bound to the object world. In the moment you see the crack of light, light which comes from beyond the object world, in this moment you are liberated from bondage to objects.

Q: Can we do anything to bring about this insight?

Jean Klein: An insight is produced spontaneously by life, or a teacher can bring you to the threshold by informing you of your true state: you are objectless. Through higher reasoning on the ultimate subject, the teacher brings the mind to its limits. The point where the mind is exhausted and says, ‘I don’t know’ is the threshold where the insight occurs.

The Book of Listening, I would suggest, is not a book to sit down and read cover to cover, as with a good novel. Rather, it’s a book to live with, pick up and ponder, and to dip into like a diver in search of the pearl of great price. What comes through these pages most of all is a sense of what a wonderful, wise and intelligent human being Klein was, an Indian sage dressed in the guise of a middle class Frenchman with snowy hair.